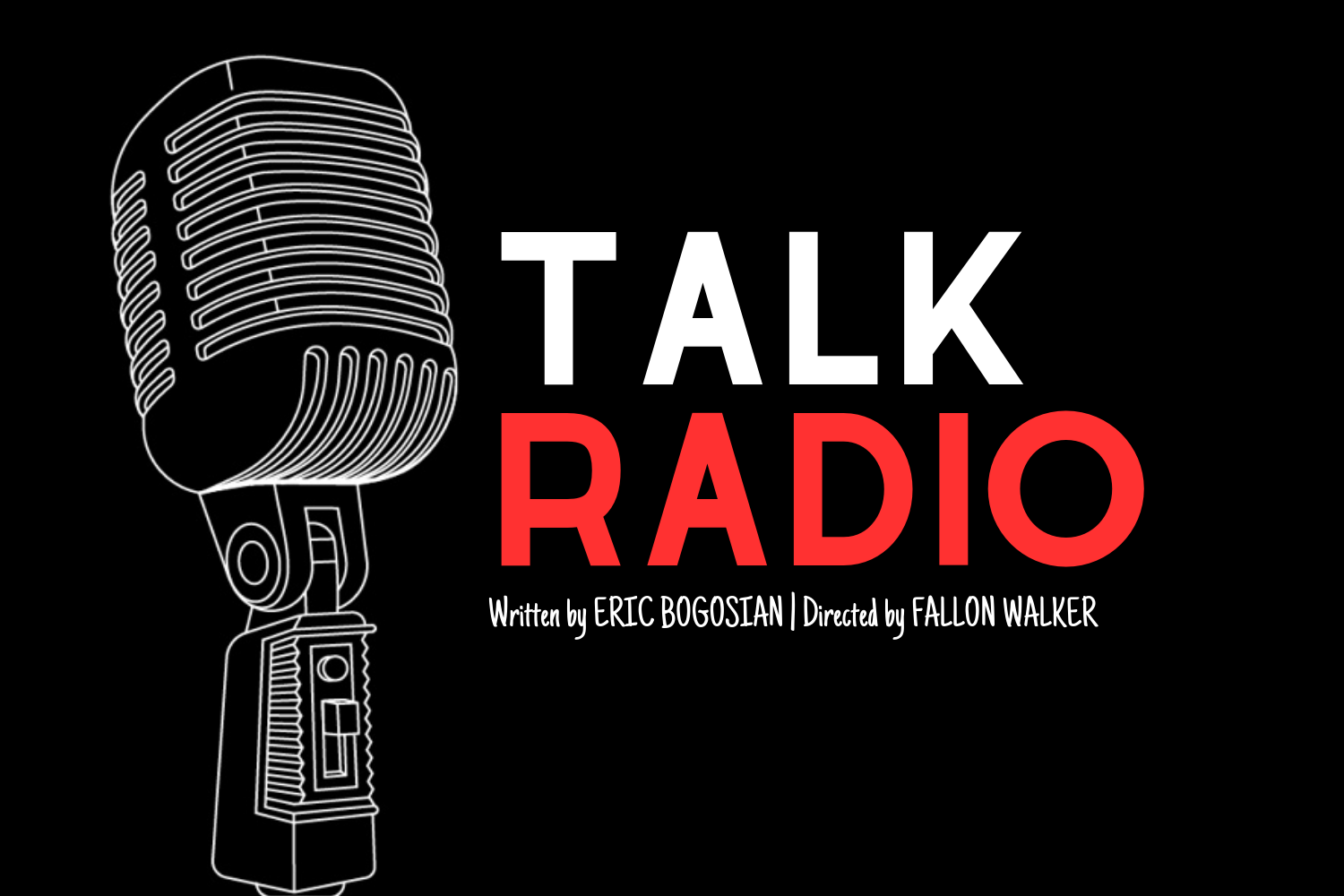 Barry Chaplain is an abrasive night-time radio talk show host at a station in Cleveland, Ohio, who, as another character puts it, has seen the face of God . . . “in the mirror!”

During one eventful night broadcast, Barry is forced to confront another, less august image of himself, offered up by the sort of lonely, angry people who regularly phone in to such radio stations. It is a lacerating portrait of a human meltdown not seen this side of a Francis Bacon painting.

The play is set in motion when the station’s executive tells Barry that he has aroused the interest of producers who want to take the show national and that this night’s performance will determine his future.

Adding to the pressure are two co-workers, a longtime friend and a recent lover, whom he has shut out from his life and who wants re-admittance. But it is Barry’s unseen callers who become a babel of disparate voices, from a white supremacist to an obsessive cat lover as well as a woman who is afraid of her garbage.

As Barry frequently announces in his show, “We’re discussing America here tonight” … a thought as timely today as it was when this play was written more than 30 years ago.